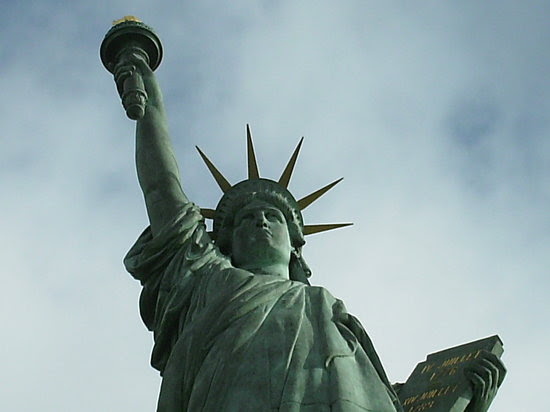 There are some serious misconceptions in our country when it comes to the topic of liberty. Being obsessed with the idea of liberty as we are, one would think that Americans possess a clear understanding of the concept. But that simply isn’t the case. Liberty was perhaps the single most driving factor that led to the establishment of our country, but if the concept was correctly understood then, we have certainly lost our bearings somewhere along the way. We need to take a step back and reexamine this fundamental idea of liberty.

The evidence for the claim that Americans misunderstand the concept of liberty can be easily seen on a daily basis. One constantly hears the cry from both sides of the aisle that our liberty is being denied because we cannot always marry who we wish, use all of the drugs we want, or say everything that is on our mind without fear of punishment. Does the inability to do certain things mean that our liberty is under attack? Actually quite the opposite is true.

The correct definition of liberty in our society is the state of things where one can freely exercise all of his rights without fear of any form of punishment. This definition seems rather straightforward, but we always seem to forget what is implicitly stated. If one has the freedom to exercise all of his rights, we have liberty, but if one has the freedom to do things he does not have the right to do, we have liberalism. Rights come directly from God and are thus good, so liberty is good. But actions which we do not have a right to do are intrinsically evil, and thus, the liberalism which permits these evil actions is itself evil. Liberty is good, and liberalism is evil. Liberty and liberalism are diametrically opposed. The two are complete and utter opposites which cannot coexist.

Americans’ initial infatuation with liberty started out as a very good thing because it won for us the freedom to invent the greatest country in the history off the world. Liberty was a novel concept at the time of America’s inception, and it was and remains a concept that is pleasing to God. Somewhere along the way, however, our love of liberty spiraled out of control and went to the absolute extreme. As is often the case, one extreme produced the opposite extreme, and we ditched liberty for the idea of liberalism. We started actively trying to change our country from a place where Americans had the freedom to do what is good, to a dystopia where we now have the freedom to do what is evil. And it is all being done under the guise of liberty.

Liberals will surely detest (on the surface, at least) the notion that their philosophy is evil. Many will even point to the name of their philosophy as proof that it is all about the good idea of liberty. But just because the two concepts share a similar name does not mean that they have similar traits. Liberalism, which gives one the freedom to do whatever he pleases, is not liberty at all. Liberty states that our rights come directly from God, and it permits only those actions. So liberty gives us the freedom to accomplish God’s will—what could be more beautiful and good than that!? Liberalism, on the other hand, states that our rights come from self. Liberalism rejects the idea that our rights come from God, and thus rejects God himself. Sure, plenty of liberals say they believe in and worship God, but how can one really honor and respect Him while simultaneously advocating a philosophy that places their mere Human will above His?

As proof that liberalism places self above God, simply listen to any of the liberal mantras we hear on a daily basis. “Who are you to tell me what I can and can’t put in my body?” “I should have the right to marry whomever I want.” And so on. The entire liberal philosophy could be summed up so simply, “If it feels good, do it.” This is the essence of liberalism. There is no law higher than self. God’s laws are subject to our laws. Who cares if God has laws prohibiting drunkenness, abortion, drug-use, fornication, pornography, birth-control, and sodomy? Those things feel good to do, and we live in the home of the free, so by golly we are going to do these things. This is the voice of liberalism. This is the voice of the Devil.

There are many Americans who do still show respect for God’s laws by attempting to obey and uphold them in their own lives, but yet lack the courage to spread their love of God to their fellow Americans. Sometimes, these people are known as libertarians. Again, the name is similar but deceiving. Libertarians are typically the people who say things like, “Oh I’m against abortion personally, but who am I to force my beliefs upon you?” The thing that is most frustrating about this attitude is the sheer hypocrisy of it. If one truly believes something to be good, right, and true, and has made a conscious decision to follow that belief, how can they then cave so easily and not defend what they have determined to be the truth? What is the point of seeking the truth if one doesn’t love it enough to defend it? Isn’t this attitude a bit like expressing love to a spouse, but then remaining reticent as that same spouse is attacked? Hypocrisy.

Libertarianism is often a big hit in conservative circles because of its incessant advocating for less government. We certainly do need less government in many areas of American society today, but libertarians do not appear to have done much thinking beyond that simple point. While it certainly has to be time-consuming to constantly think up new ways to get marijuana legalized, this is no excuse for the woeful logic of many libertarians. Less government seems to be the entirety of libertarianism. That is essentially their only talking point. The problem with this position is that it actually plays right into the hands of liberalism! Consider the similarity between the two philosophies.

Liberalism maintains that rights come from self and not from God; libertarianism maintains that rights come from God, but that each individual has the right to do as he pleases. If one really believed that God gave us rights in order that we have the freedom to accomplish His will, what a slap in the face it must be to God for these same people to then turn around and say, “Yes, your rights came from God, but he doesn’t care how you use or abuse them. And neither do I. If you want to do drugs, practice sodomy, and engage in pornography, go for it! I’ll fight for your right to do these things!” The two philosophies of liberalism and libertarianism accomplish the same thing. It makes little difference where rights come from if they aren’t respected and reverenced. Many liberals are happy to concede that rights come from God in order to gain supporters for the fight to give Americans the freedom to do evil things.

So what is the answer to all of these American problems? It’s actually quite simple, and it seems that that is the very reason why we have overlooked it so many times. Every question our country now faces can be boiled down to a question of good versus evil. All we have to do is pick the good and do everything in our power to shun the evil. Support good and moral policies, and rebuke evil policies. Let us all practice a true devotion to what liberty really is, a gift from God. We have to stop abusing this gift and attempting to twist it to fit our evil purposes. Liberty does not give us the right to do anything that is evil. There is no way around that simple truth. Liberty is goodness, and goodness is what it is meant to protect. If we are not protecting and upholding goodness in every way possible, than what we have is not liberty, but something very evil indeed. And that evil will eventually lead us to a complete destruction of any form of liberty or freedom whatsoever. But not if we rise up before it is too late to become true Americans and fight for the true liberty that we all secretly know and love somewhere deep down in our red, white, and blue hearts.