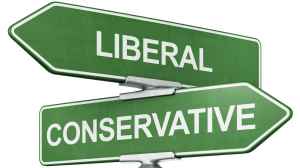 Throughout my life I have identified as a conservative. I have always known that higher taxes are a very bad thing; that minimum wage should not be increased; and that the government should be as small as possible. I have always accepted these things to be true, but I couldn’t give you many reasons why. I couldn’t formulate my own beliefs because I didn’t have a guiding principle. I simply waited for the conservative leaders to tell me something was good or bad, and then I happily agreed without asking many questions. I accepted that I was a conservative, but I couldn’t tell you why. After a recent epiphany of sorts, I have finally discovered why I am a conservative, and my belief is that this will apply to many like me who simply accept their party’s viewpoints without knowing the reasons why.

Texas Senator Ted Cruz appeared on The Tonight Show With Jay Leno last year, and he was asked why there was so much focus on social issues. Cruz quickly replied that his main focus was on jobs and the economy, and then proceeded to solidify this point by repeating it multiple times. Is that why we have politicians–to give us jobs? That’s it? Watching this interview, I was reminded of Marx’s desire for people to simply be economic animals and nothing more. Mr. Cruz was wrong to have his focus directed on “jobs jobs jobs”, and I now understand why.

The main reason that we have conservative principles is because they are in accordance with God’s principles. Conservatives clamor for lower taxes and less government not necessarily because the alternative hurts the economy, but because it offends Almighty God. This has to be the driving principle for good politicians. Our human laws have to be in accordance with God’s laws, and harmony will always follow.

Using this formula, conservative beliefs and values hold much more weight. We must not lose sight of why we are conservatives. Our main goal cannot be jobs or the economy. The driving force behind every good politician has to be the desire for the establishment of God’s reign on Earth. If this were the case, many issues would be much more clear cut and easier to defend. If we focus on the triumph of goodness, the triumph of our nation will surely ensue.

3 thoughts on “Why we are conservatives”