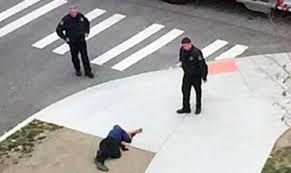 On November 28th, 2016, another terrorist attack was carried out on American soil. This time, the attempted butcheries occurred at the Ohio State University in Columbus, Ohio. The attacker’s name was Abdul Razak Ali Artan, a Somali refugee and, yes, a Muslim.

These events tell us that it is absolutely essential to lay down two politically incorrect principles. First, terrorist attacks are perpetrated by Muslims. Second, government has failed in their responsibility to ensure the physical well-being of its citizens.

Islam is an ideology from the pit of hell, and it should be treated as such. Our government has a solemn obligation before God to do everything in its power to prevent our country from suffering the effects of this diabolical belief system. Government has largely failed in this obligation over the last several decades, and it is high time for things to change.

How can this be done? First, all immigration must be stopped, period. Next, anyone in defiance of our immigration laws must be found and deported. Finally, our government, together with its citizenry must rise up as one to wholeheartedly embrace the only antidote for the evil of Islam, the goodness of Christianity.

Until these things are done, nothing will change. The truth can never change, and the truth is that Islam equals terrorism.