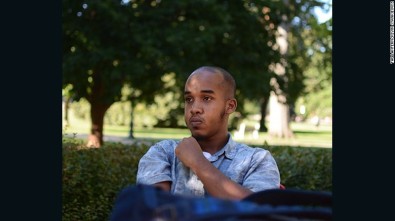 Shortly before his murderous rampage, Ohio State University student Abdul Razak Ali Artan expressed in an interview his desire for the university to have Muslim prayer rooms. Had this problematic interview been noticed and addressed by school officials, perhaps the entire tragedy could have been avoided. Such are the consequences of living in a PC world where even good men are afraid to speak out against the evil that is Islam.

Had school officials read the interview with this poor, deranged soul, a response similar to this should have been formulated for the entire world to see: “No, Abdul, we will never have Muslim prayer rooms on campus because we refuse to support such a demonic ideology. All religions are not created equal, and none of us have the right to practice an evil religion. Make no mistake, Abdul, Islam is an evil religion. We will do everything in our power to fight this terrible ideology by applying everywhere its antidote, Christianity. For regardless what the world says, the truth is true, and the truth is Christianity–not Islam. We will never have Muslim prayer rooms, and we will never support the awful scourge upon the earth that is Islam.”

One thought on “No, Abdul”