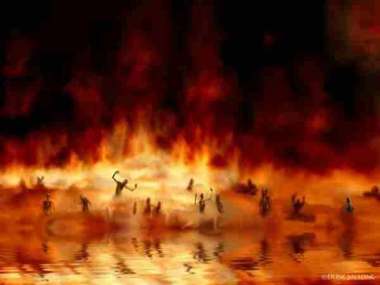 As surprising as it may seem, the creation of hell was actually a great act of mercy on the part of God. He could have prepared a much greater torment for lost souls by forcing them to endure His presence without being permitted to enjoy it. But instead our good God mercifully chose to simply banish lost souls to hell. Perhaps it could be said that He traded a supernatural punishment for a merely natural punishment.

The human mind can easily grasp the natural aspects of the torments of hell, however. We know what it is to be burned by fire. We know what it is to suffer this pain. And when we realize that this suffering is the just punishment of our vices, we have a powerful motive for abandoning them and embracing virtue in their stead.

So dwell, dear reader, on the miseries of hell. Ask yourself if it is not worth it abandon all vice and eschew all sin. Fear the Lord and His punishments, and you will be on the road to perfect wisdom.